So, Discovery Channel is a pretty big deal in South Korea, and it's in English. If you go out to eat and the restaurant isn't playing baseball or a Korean drama, it will be showing the Discovery Channel. I had always found watching animals run around while I ate relaxing and entertaining. Until last night, when I had a hard time keeping my shrimp down as I watched an extremely graphic segment on fawns plopping out of a doe's vagina. I tried to look away, but everywhere I looked, there was just another TV or the reactions from other customers. I could not escape the stretchy, blooding mess that is birth. So, I took a picture to remember it forever.
Dear Korean Restaurant Owners: Not while I'm eating, please. 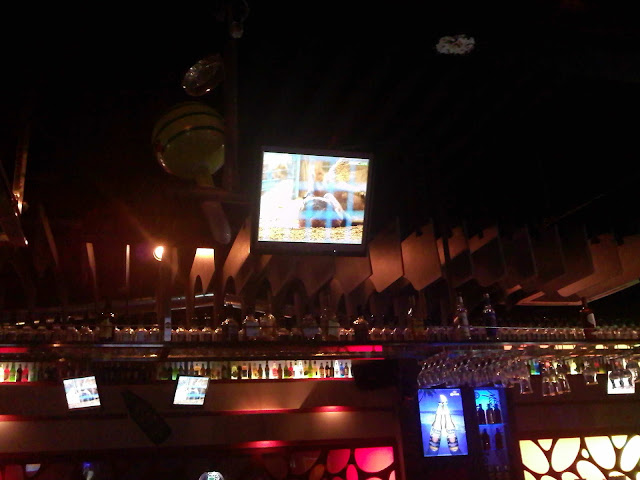 June 4, 2011
04:47:41
Much like any other Saturday morning at the bus terminal, I am drunk. I am tired. I am dehydrated. And, I have arrived at the bus terminal hours before need be because passing out in front of the ticket windows at the terminal allows my friends the opportunity to smack me in the face to wake me up.
07:03:12
Friends are mostly late... and I feel like a cat that's been squished in the middle of the road, but isn't quite dead yet, trying to fall asleep on the bus.
11:??:??
We arrive in Busan and head for the subway to Haeundae beach.
24 stops, 2400 six-year old children on a subway field trip and a couple hotel/motels later
We are changing and super pumped for the beach. This is normally where I would have completed a couple sets of push ups and bed dips for the triceps and chest... but, I refrained.
Beach O'Clock
The beach is awesome. There are several stages, a sand sculpture competition, professional sand castles, a volleyball tournament, street parades that can be seen from the sand, Koreans swimming in pants and long sleeve shirts, more beer, and plenty of foreigners from all over for the Koreans to watch get beachy.
The ocean was icy, the sun was warm, and the cool breeze eventually put me to sleep. Luckily I didn't get burnt because passing out on the beach went hand-in-hand with my friend's new found passion for burying people in the sand.
Woke up just in time to watch a girl trying to teach another girl how to do a back bend. Fail.
Sometime Later
We had eaten at a restaurant and afterwards the girls wanted to go back to the hotel to pick something up or find some friends we were supposed to meet or do something. Its all kinda fuzzy. So, they drop us off at Miami 88.
One Hundred "Yogi-Os" and 26 shots of Jager Later
We stand for the first time.
20 Steps Towards the Next Bar
I blackout.
Next Thing I Remember
I was introducing myself to Kimchi Dreadlocks like some kind of weird internet stalker and his girlfriend was laughing at him/me not really sure.
Real late at night or real early in the morning
After losing W160,000 on Roulette, I get up from the Blackjack table with W40,000 more than when I entered the casino. I had made a promise to myself in good faith that I would leave the table if I made my money back. I then proceeded to find a loop hole in my promise, by allowing myself to believe sitting down at another table was not in breach of my previously agreed upon promise. I then proceeded to lose W360,000. MORAL of the STORY: Don't Break Promises to Yourself.

Noonish
"Naw. Go ahead, I'll catch up later," I said after my friends asked me for the last time if I wanted to go get something to eat.
16:30:10
I finally get my lazy ass out of the bed and make the 5 minute walk to the beach feeling the best I had felt in 2 days. There were more parades, an airshow, a bucket of KFC, bottled water, Korean rock bands and Korean girls competing in some wrestling match, where it appears the main goal is to make the opponents shorts look like a thong. Needless to say, I enjoyed watching this event.
20:00:00 ish
We are eating something with chicken, noodles and rice and it is awesome.
21:00:00 ish
We have enter a place called Irish Pub and I have made the wise decision to buy a bottle of Jager. I knew I was going to be doing a lot of drinking and so bulk has got to be cheaper. We sat and started the drinking games. It started with big booty and ended with an empty bottle of Jager. So what's the natural thing to do? Get another bottle of Jager! Needless to say, the last thing I remember was dancing and drinking Jager.
??:??:??
I open my eyes to my vomit covered Electric Zombie tank top. Then I looked further down my person, as I raised my head, to see my friends shorts I was wearing. I thought, "Great... they are also covered in awesome chicken, noodles, and rice." Then continuing to lift my head, my eyes finally catch hold of the sky's morning glow. "Okay... I'm on the roof of my hotel. I guess I got really wasted and came up to the roof of the hotel to look at the stars while I puked. Yeah." I stand up and chicken drops from my shirt to the concrete rooftop. "Ughh... I cant where this downstairs." I perform an instinctual post blackout belongings check. "All here... good." I then carefully remove the saturated tank top and shorts and hang them on the ledge of the building. "Ughh," the vomit had seeped through to my boxers. "No.. you have to wear them." I told myself them wandered to a door and started down some stairs. "This does not look hotelish. Hmmm..." I continue on. "Crap. I'm at the Irish Pub."
This left me with two choices. I could walk back to the hotel in the vomit stained boxers or I could wait for the bar to open and have another drink in the vomit stained boxers. I walked back in my sneakers and boxers.
A hellish 24 stop subway ride, a #2 in E-Mart, watching X-men, having a 50 year old Korean man tickle me with his finger, watching Kung-Fu Panda, playing Time Crisis,a red dress purchase and catching the last bus out of Busan later...
I was in Gwangju.
Posted by TheRuFord at 11:47 PM 3 comments:

I'm having a hard time deciding whether, or not, I should change the layout of Attack of the Killer Korea. The one you see currently (1.0) took more time to make, but I think the new one I created (2.0) may allow my blog to be read more comfortably.
To decide this, I would like for my readers to choose by voting in the sidebar. PLEASE take the two seconds it will require you to locate the sidebar and click 1.0, 2.0, What I suggested!, or I hate your blog (and don't care because I will never read it again). I promise you will not be spammed or taken to another page.
You can click on the examples below to see screen-size images of both examples. If you have any suggestions, feel free to leave them in the comments section below. The voting will end on June 30th 2011 and on July 1st 2011 I will post the verdict.

These are not my own words. This is the title of Korea's popular street style fashion magazine, CRACKER YOUR WARDROBE. The magazine, that highlights the peacockers of society, started as a free publication in 2007. It now runs W 3,800 in stores and includes specimen from all over the globe. 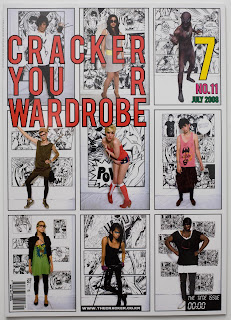 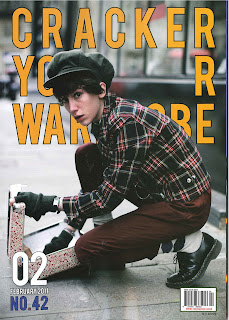 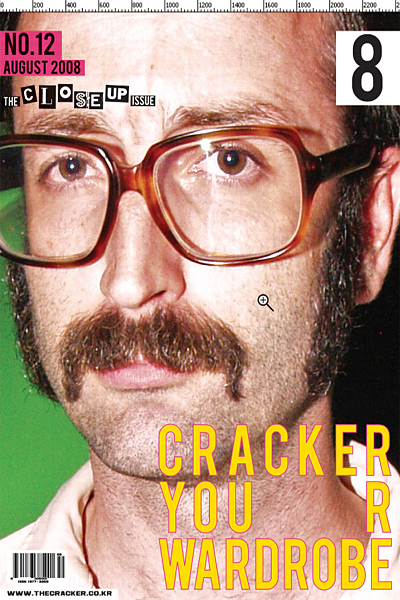 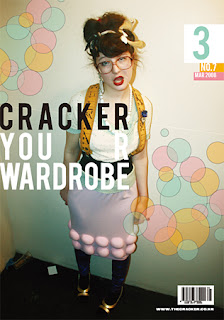 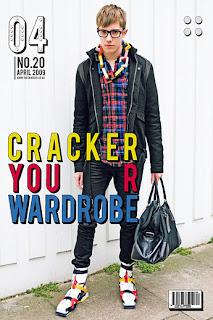 I Think I Am A Darts Player

There is a darts league run out of one of the "foreigner bars" in Gwangju, South Korea. I joined two months ago and have faired well against my opponents. So, I decided to buy my own set of darts. Many of the others in the league have there own and I am getting tired of asking people to borrow theirs or sharing with my opponents. It just doesn't feel right beating your opponent with their darts.

They have been ordered from DARTS LIFE, a Korean company in Seoul.

Maybe I'll be the next big thing! 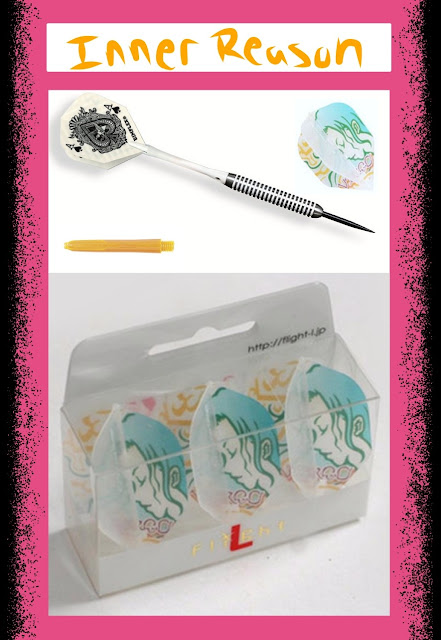 LOOK AT ALL THESE HOES FOLLOWING ME 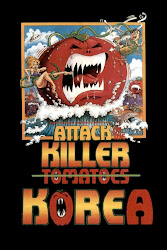 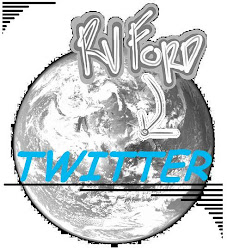